After 40, the sagging arms begin to show up in some women.

It is important to distinguish among the different degrees of sagging in the arm contour since the method chosen will mostly depend on this grade of flaccidity.

In this grade sagging is incipient and several sessions of body radiofrequency tend to be enough. It is a painless treatment that does not need any kind of anesthesia. The applied heat favors the lymphatic drainage, as well as the formation of new collagen. Skin is reaffirmed in a short time allowing the arms to recover their firmness.

RESULTS: The session lasts for 30-45 minutes. The tightening effect improves gradually until reaching its maximum level three months after the treatment.

The distention in the arm is due to an excess of fat that makes it to have “a pendulum shape” more than a real sagging. We can remove the fat excess by liposuction without leaving scars and thus relieve some weight of the arm in order to make the skin to retract itself.

The effect of a “pendulum arm” is no longer by excess of fat, but for skin sagging. As there is an excess of skin, surgery (brachioplasty) will be required to fix it.

Only in the mild cases an incision under the armpit will be enough, but if there is an overhanging skin, a longitudinal scar on the inner side of the arm, from the armpit to the elbow, will be made in order to have all this skin excess removed. We only recommend this surgery to the most severe cases since we are going to leave a long scar difficult to hide. 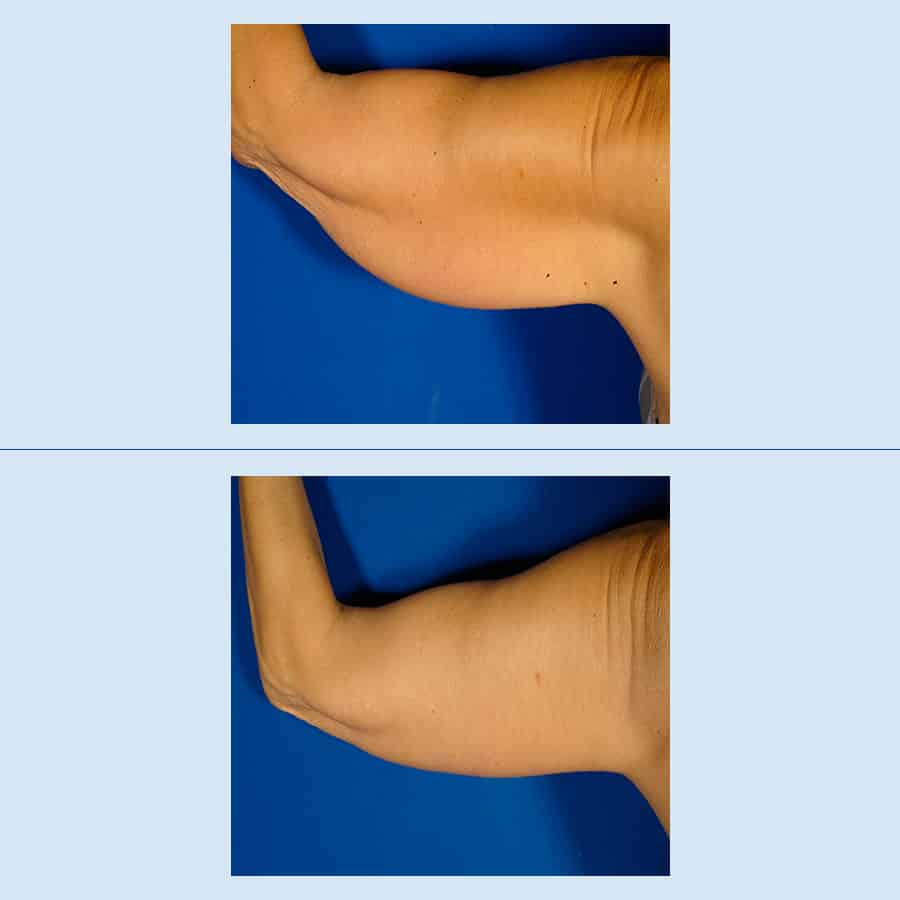