The most common symptoms are bleeding with a bowel movement and pain due to prolapse and congestion in one or more haemorrhoids.

The main causes are constipation, sedentariness, significant and sustained physical straining. In women, pregnancy and long term deliveries can make the haemorrhoids worse, or an acute complication such as congestion and thrombosis.

The use of ointments is useful only for temporary relief from haemorrhoidal congestion, while surgery is the only curative treatment.

Haemorrhoid resection is the most common treatment. However, there are 2 new alternative procedures that cause little postoperative pain and help the quick return to social and working activities. They are: the haemorrhoidal ablation with radiofrequency and the haemorrhoidal dearterialization with doppler associated with haemorrhoidopexy.

Haemorrhoidal desarterialization consists in suturing the blood vessels that provide excess blood to haemorrhoids so that they stop swelling and bleeding. This procedure is performed by using a special proctoscope that incorporates a Doppler probe, which is a technology that allows the identification of the blood vessels to be linked.

If there are large haemorrhoids that tend to protrude from the anus, a haemorrhoideopexy is carried out, by retracting the haemorrhoids inside the anus with a suture thread, which is reabsorbed in a few weeks. The simple ligation of haemorrhoids consists in applying a silicone ring around each haemorrhoid: it is a painless procedure, which can be performed on an outpatient basis, without anaesthesia and with no postoperative care.

It may be carried out only in the case of internal haemorrhoids, and sometimes more than one session may be needed as it may come back months or a few years later. For a more definitive treatment, a surgical procedure is preferable.

Radiofrequency ablation or desarterialization with Doppler and haemorrhoidopexy are two new techniques that can remove haemorrhoids without pain during bowel movement or when sitting, and allow the patient to return to social and working activities a few days after surgery.

Physical examination and symptoms characteristics are important to indicate the most appropriate technique for each patient: not all haemorrhoids should be treated in the same way. 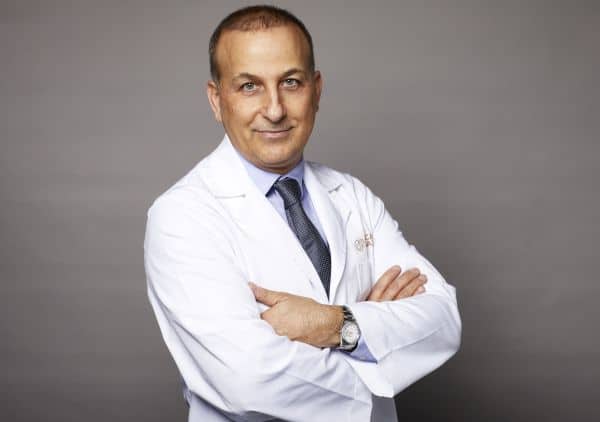