What is the treatment for?

It is a worldwide emerging disease in both, adults and children; it is about the fat excess deposits in the liver, which can cause different levels of liver damage, from a mild one with a slight inflammation or hepatitis to more severe forms, such as liver fibrosis, or finally, liver cirrhosis at risk of developing a liver cancer or hepatocarcinoma.
This disease affects more often obese or diabetic people, but there are other risk factors that may have an influence, such as genetic components, a high blood pressure, dyslipemia or the intake of certain drugs like chemotherapy or antiarrhythmics. It is estimated that 25% of the Spanish people have hepatic steatosis, and this risk increases with the diabetes mellitus up to 40-70% in diabetic people.
The disease shows no symptoms at early stages, but it does in more advanced ones, when the patient presents liver cirrhosis with associated

Diagnosis is easy to be made, usually through a blood test and an abdominal ultrasound. Staging or grading the disease may be carried out through a liver biopsy, but the technique with this indication is being abandoned these days due to the risk of complications. Currently, liver elastography or FibroScan is preferred, since it is not an invasive method to assess the level of liver fibrosis; with the advantages of being carried out as an outpatient basis and also of being harmless.
The disease diagnosed in the first stages usually has a good prognosis, nevertheless when there is an advanced fibrosis the mortality risk increases in 10-12 % at 10-15 years after diagnosis. The other comorbidities associated with the disease are also vital to survival, so that the most common cause of death in these patients would be a heart disease, followed by other types of cancer, besides liver cancer.
In most of the cases, the diagnosis of hepatic steatosis is made by accident, when other diseases are being studied. We recommend an active and preventive research of the disease in all the patients that suffer from diabetes mellitus and/or are obese. And vice versa, in case of hepatic steatosis, all the cardiovascular risk factors should be evaluated since they are two sides of the same coin.

What is the treatment for?

The treatment is aimed at controlling two different levels. The first one, as a basis of the treatment, should be to follow a controlled hypocaloric diet and to practice aerobic physical exercise in order to reduce body weight by 7- 10% to obtain a histological and analytical improvement. Secondly, it is recommended to treat the associated metabolic risk factors such as high blood pressure, dyslipemia or diabetes mellitus.
Currently, we cannot offer our patients a specific treatment aimed at removing the liver fat, but promising new drugs with anti-inflammatory, anti-fibrotic and sensitization to insulin are being developed. What it is really clear is that we should encourage healthy life habits and treat diseases associated to fatty liver; as well as pursue the diagnosis of non-alcoholic fatty liver disease in population at risk. 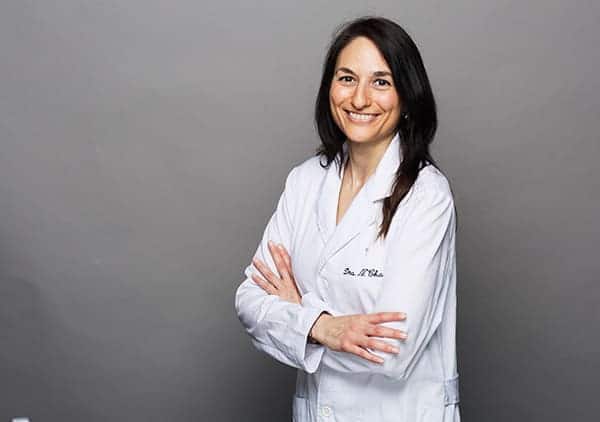 Hepatic steatosis or nonalcoholic fatty liver disease is the new epidemic of the XXIst century and is related to obesity, diabetes mellitus or dyslipidemia, among other causes. This is a silent disease that, if not detected early, can lead to liver cirrhosis or liver cancer. It is important to arrive at a correct diagnosis in order to follow the proper treatment and control.