The innovative Lipo Vaser® technology is a liposuction procedure that works selectively on the fatty tissue and turns fat into liquid so as to allow its removal from the body. One of its main advantages is that it can be used to treat large and small areas obtaining very good results in a very short time. It also stands out for shaping many areas of the body such as face, neck, chin, chest, abdomen, arms, upper and lower back, hips, buttocks, waist and knees, among others.

The Lipo Vaser® technique allows eliminating and shaping selectively the more complicated fat deposits of the body and achieves a better definition and toning of it. Lipo Vaser stands out for its ability to differentiate fat from other important tissues, such as nerves, blood vessels and connective tissue. The innovative Vaser technology separates fat and preserves the other important tissues, which results in fewer bruises and less blood loss, as well as in the achievement of a faster recovery.

This modern ultrasound technology is specially designed to gently reshape the body. It contours the body with a natural and uniform result by providing skin stretching and retraction, by achieving a perfect adaptation of the skin to the new body volume. With Lipo Vaser it is possible to obtain better defined curves even in difficult areas to be corrected such as waist, hips, abdomen or back.

The extracted fat can be reused in the same surgical procedure in order to reshape the contour of other areas such as arms, buttocks, calves and hips, so as to achieve a better definition and proportion.

Ideal candidates for this type of cosmetic surgery are those who have a relatively normal weight, but need to eliminate fat accumulated in localized areas of their body.
The Lipo Vaser candidates are:
- Those patients who are not obese or overweight.
- Patients who practice sports with discipline and who maintain a healthy food intake, but do not achieve muscular definition.
- People with accumulated fat in different areas of the body that want to shape and refine some areas.
- People interested in having some fat extracted from some parts of the body to be infiltrated in other areas where they want to gain volume.

2 to 4 hours depending on the area

Lipo Vaser uses the ultrasound technique and its procedure is as follows: first, a saline solution is injected into the area to be treated; which gets numbed and contracts the blood vessels by minimizing the possible hematomas. After it, a small transducer is inserted into the subcutaneous fat layer through minimal incisions. The tip of the transducer vibrates at special fine-tuned ultrasonic frequencies to stimulate, detach and dilute the fat cells to be aspirated for later removal.
It is carried out under general anesthesia, combined with analgesia to minimize and prevent postoperative pain.
The duration of surgery may be between three and four hours, depending on the volumes to be treated.

At 24 hours you will see a close image to the definitive result. It is normal that the body accumulates some inflammatory fluid in the treated areas afterwards, but it will be removed day by day with special post-operative care, using lymphatic drains, pressure garments and the hyperbaric chamber.
The patient will be at the clinic between 24-48 hours. It is recommended to go back to normal routine, without doing any physical exercise or strain for about 3 weeks until your doctor tells you about.

After surgery, the patient will wear a compression garment for several days, which makes recovery faster and guarantees the desired results. One of the most positive features is that in most of the cases there are no-incision marks or scars left, or even pain.
During the first week, some specific massages are carried out to drain the liquid, and regular lymphatic drainages will be made later for a faster recovery. 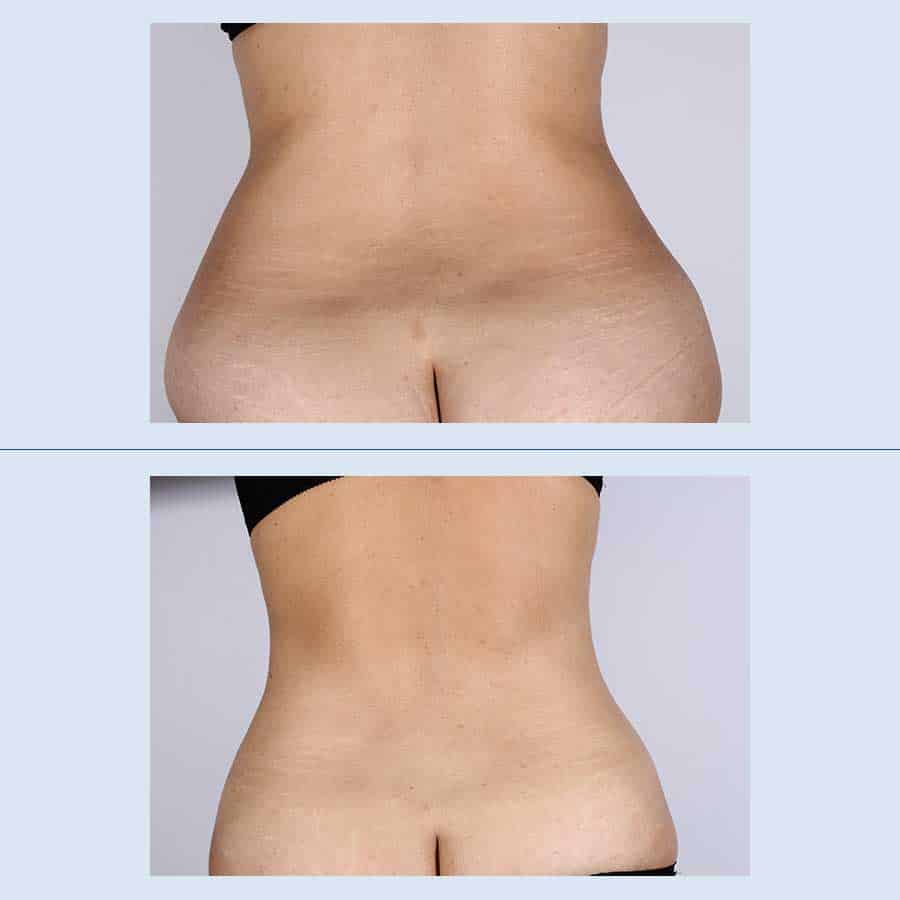 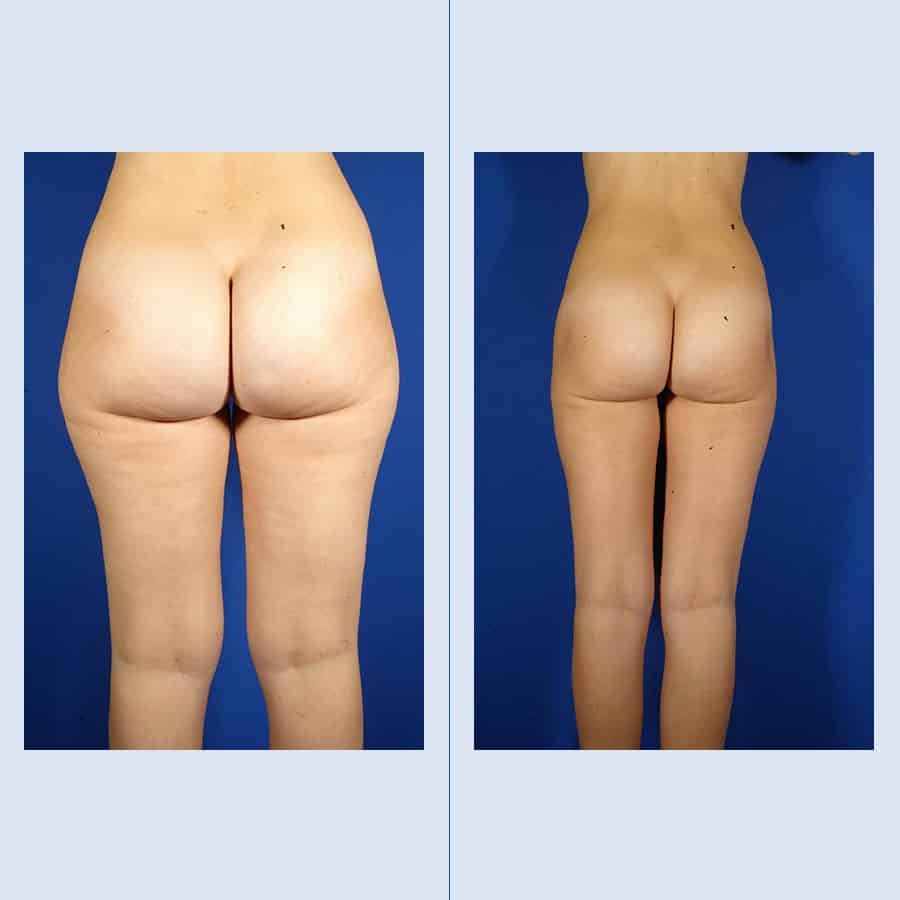 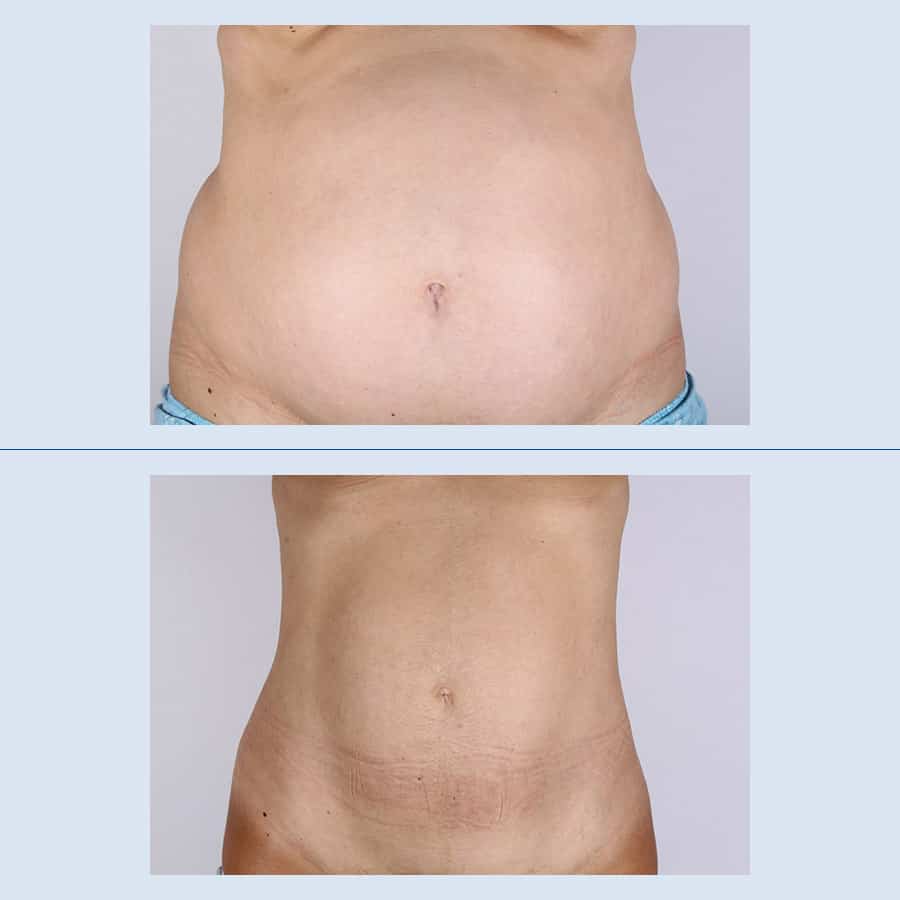 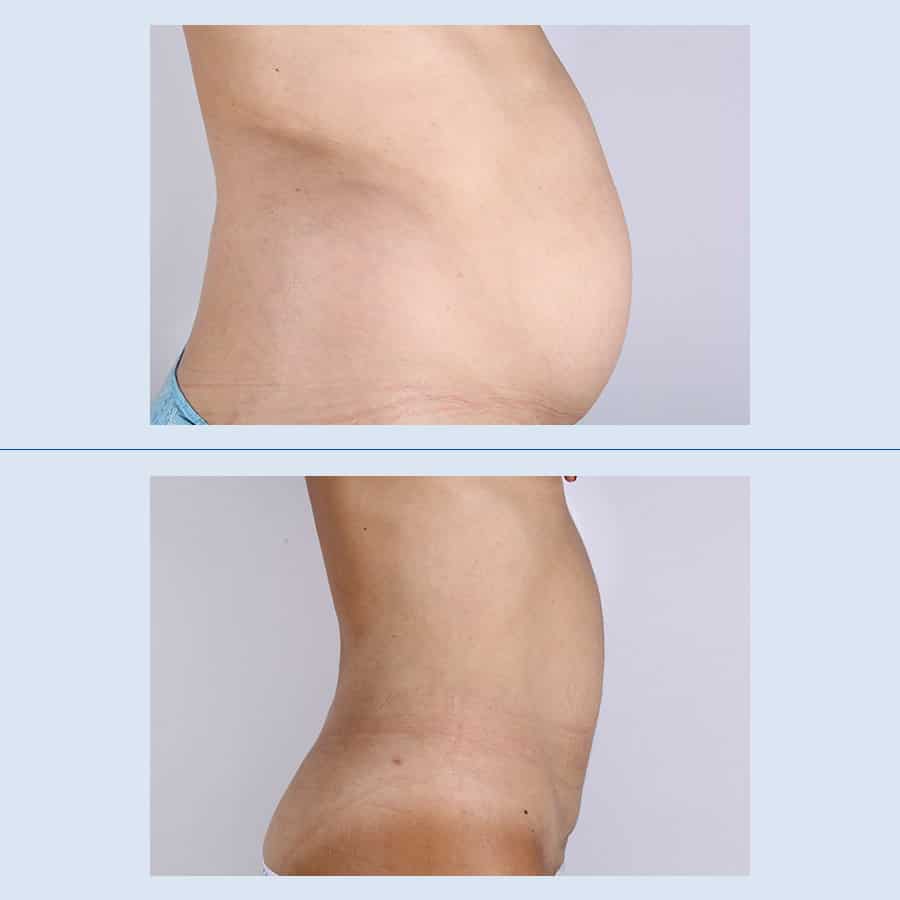 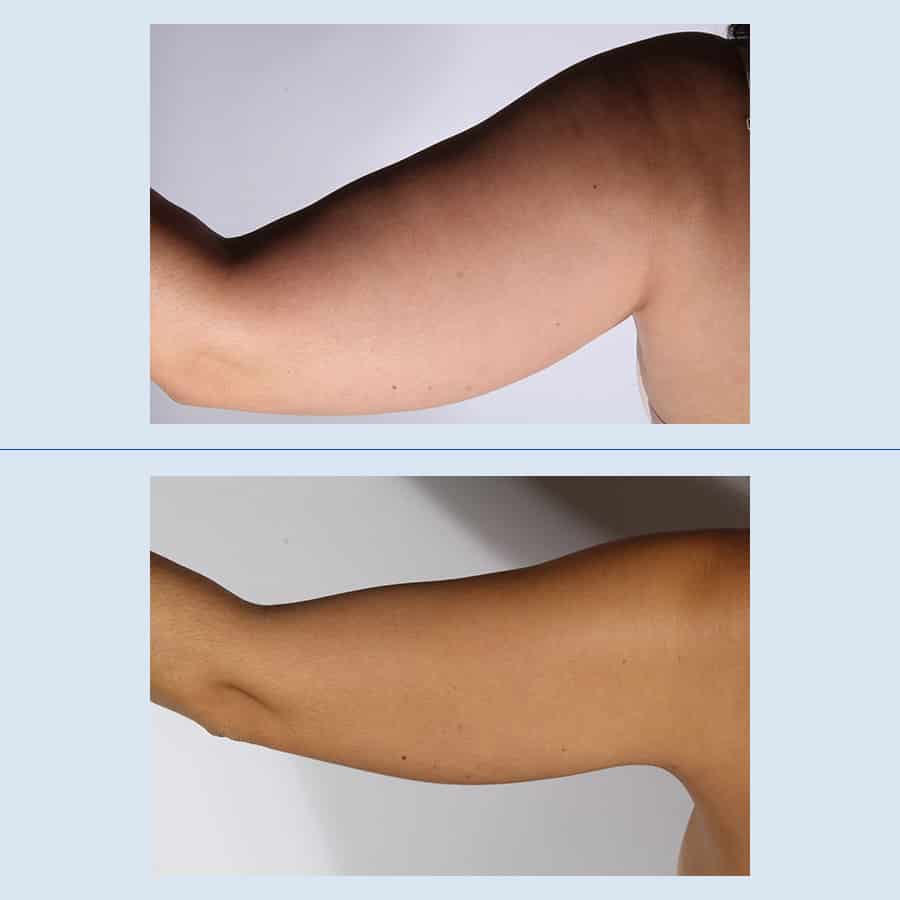 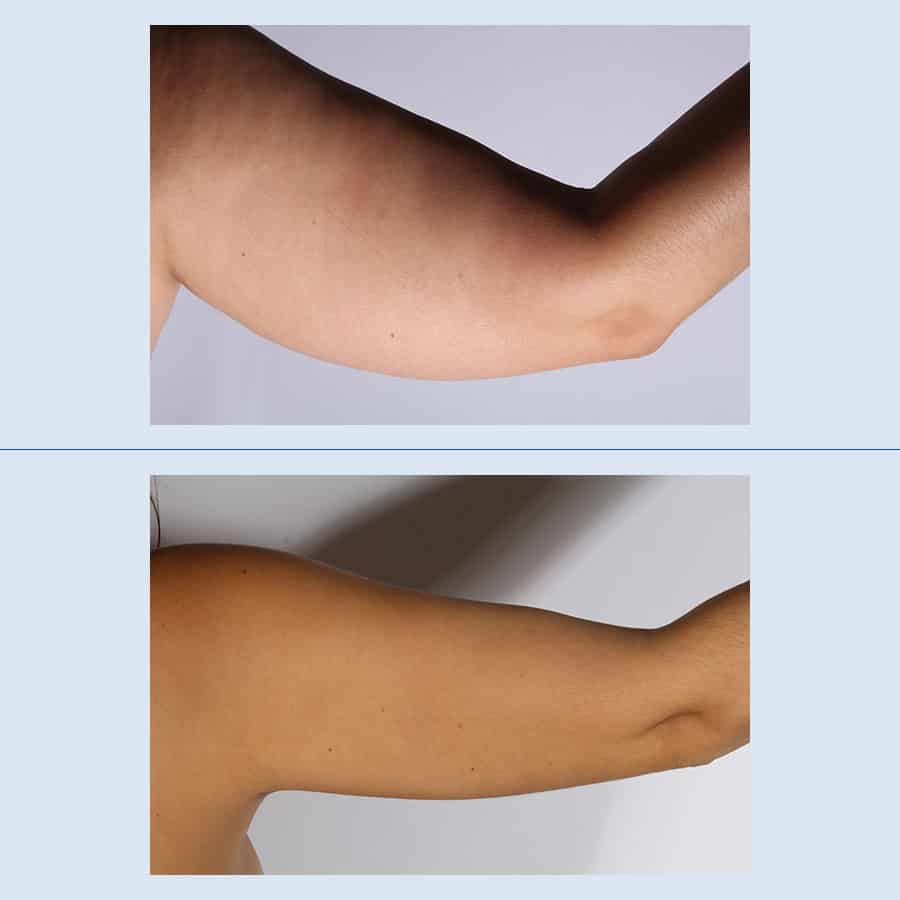 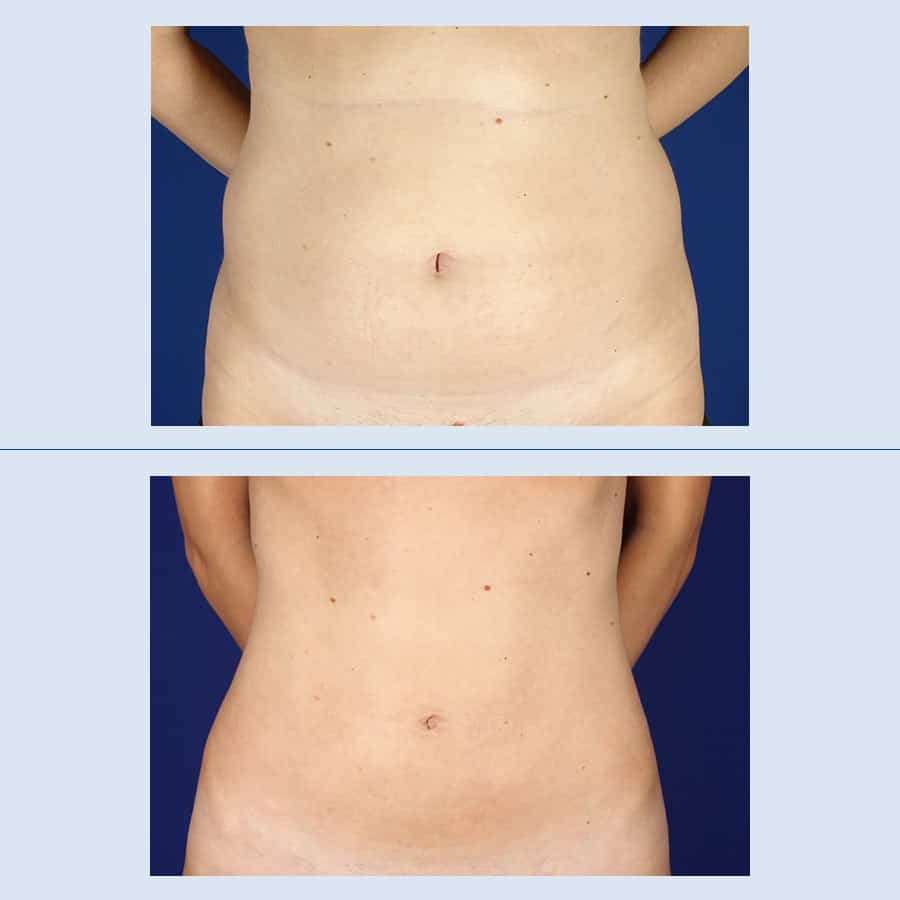 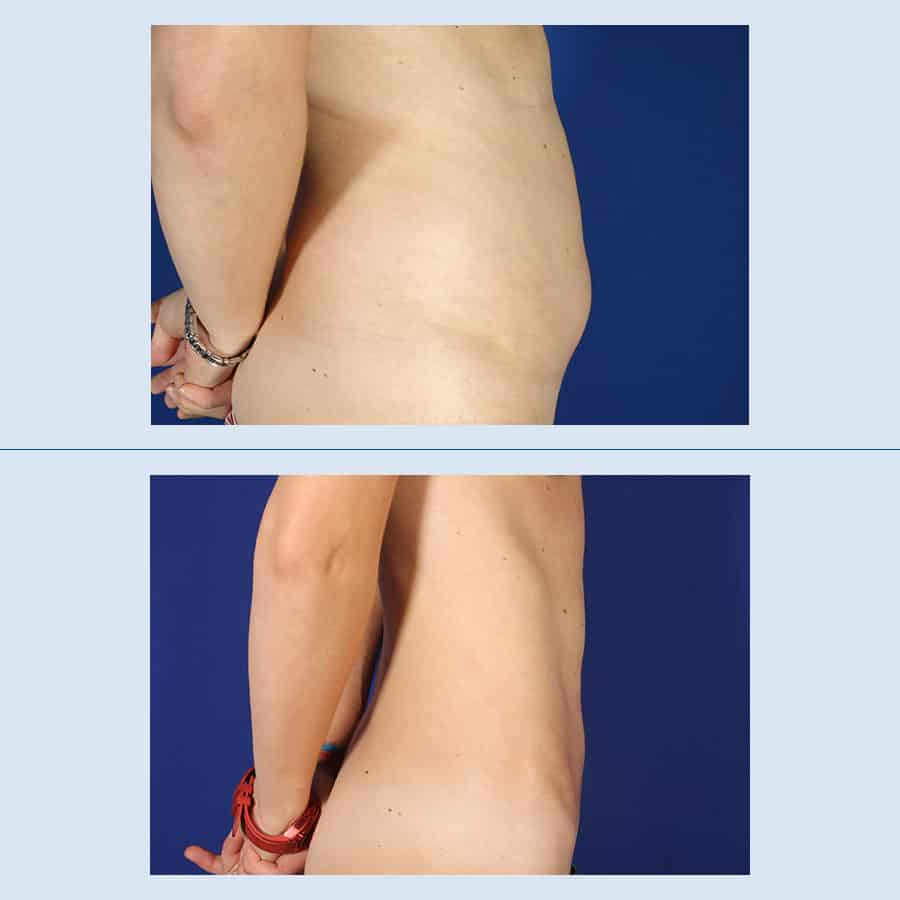 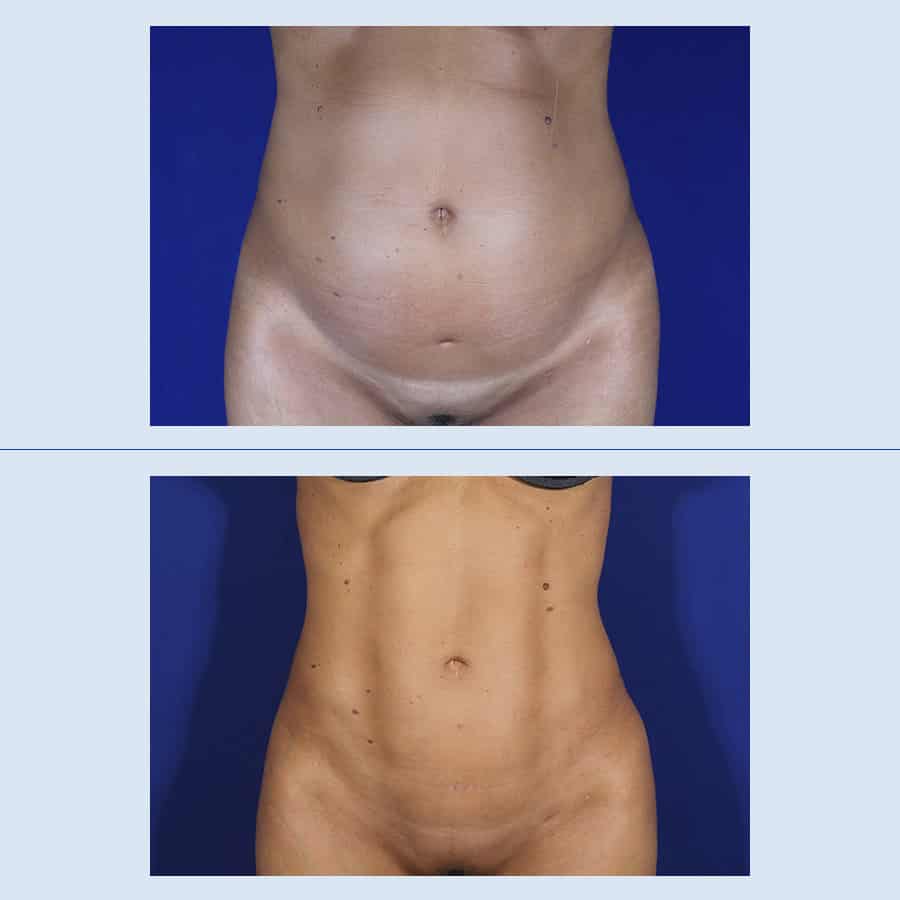 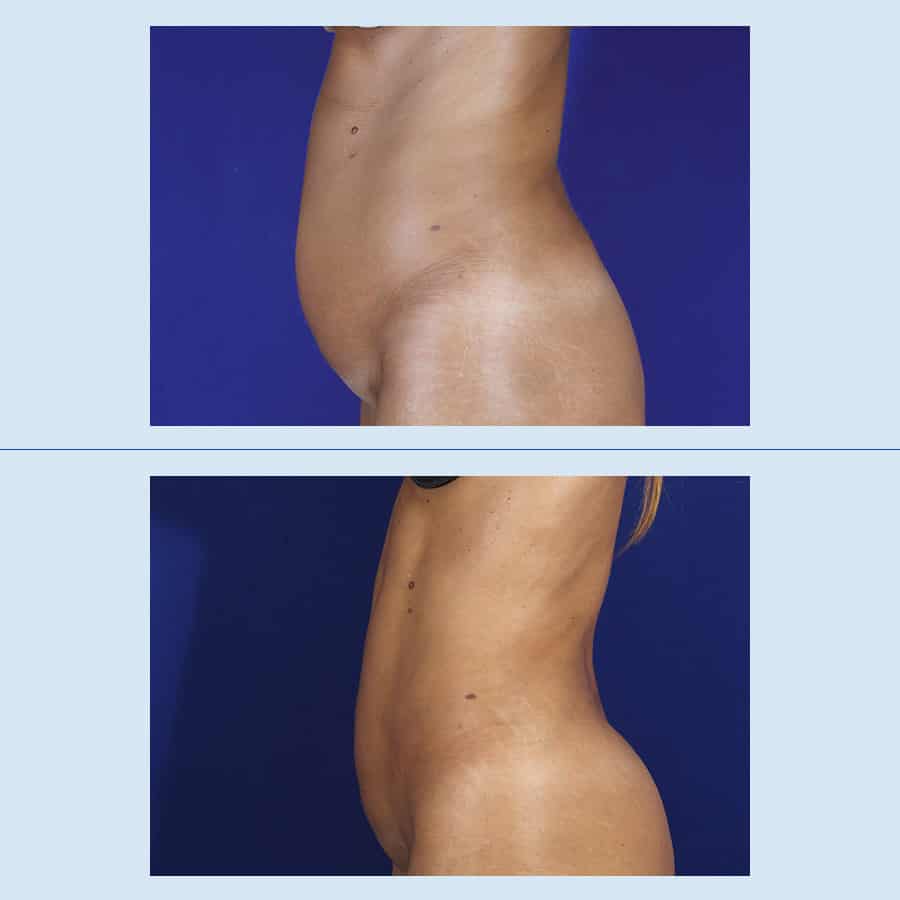 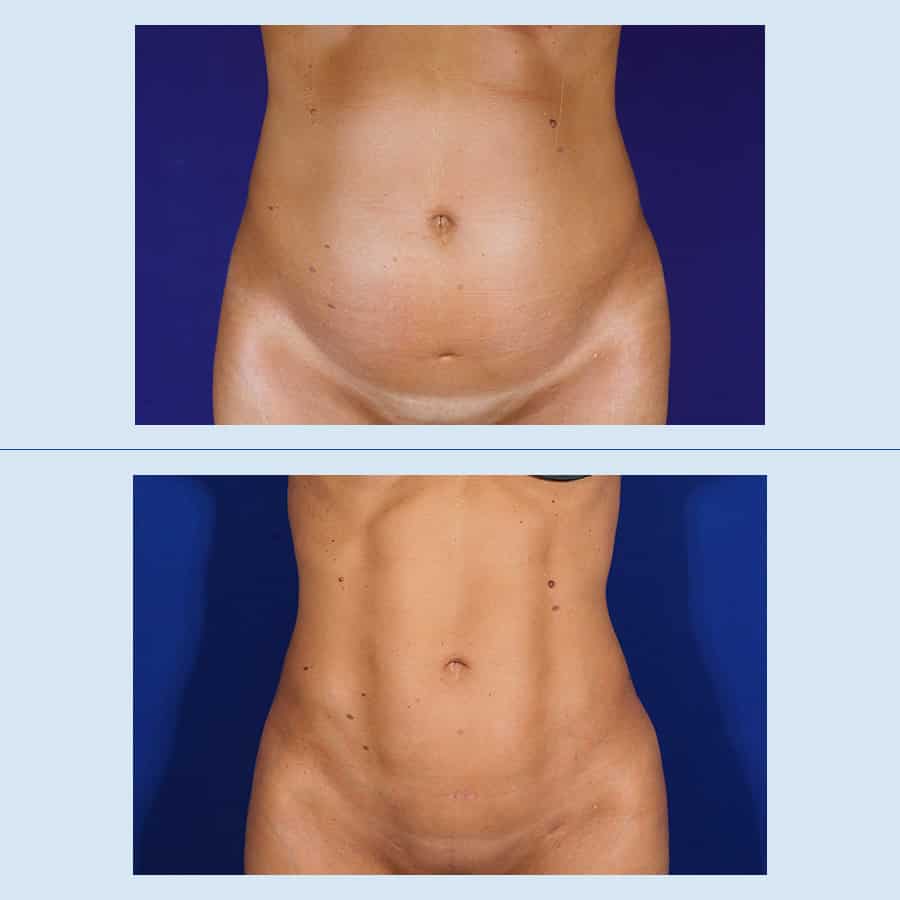 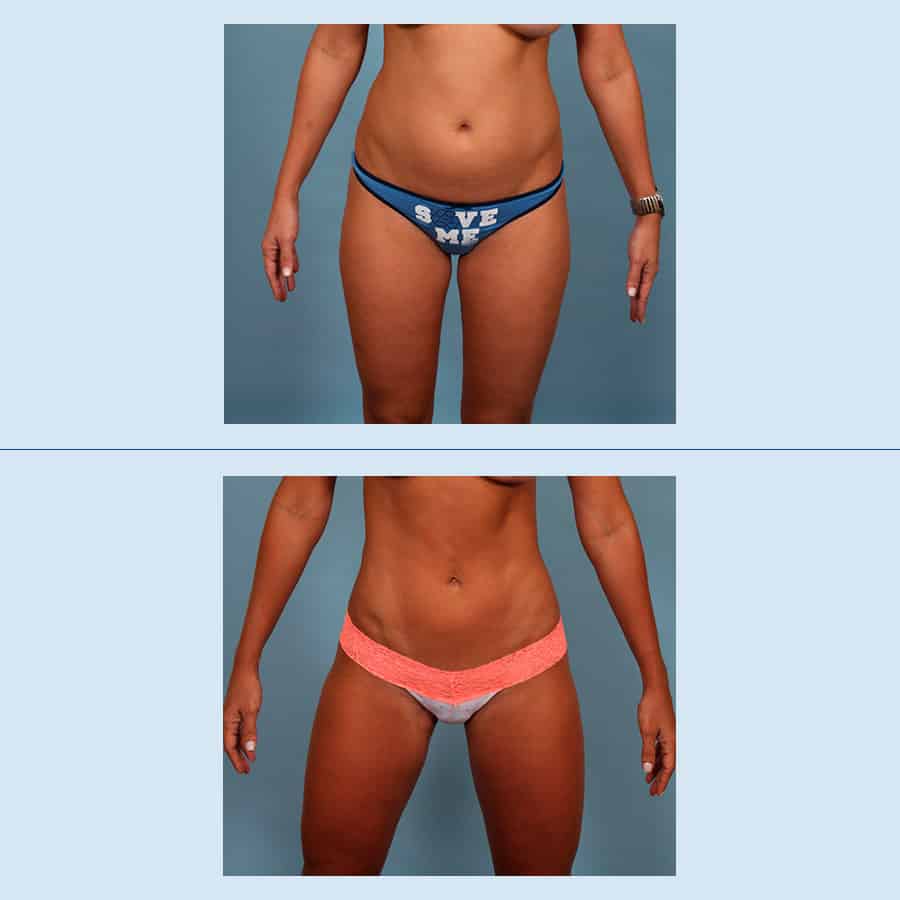 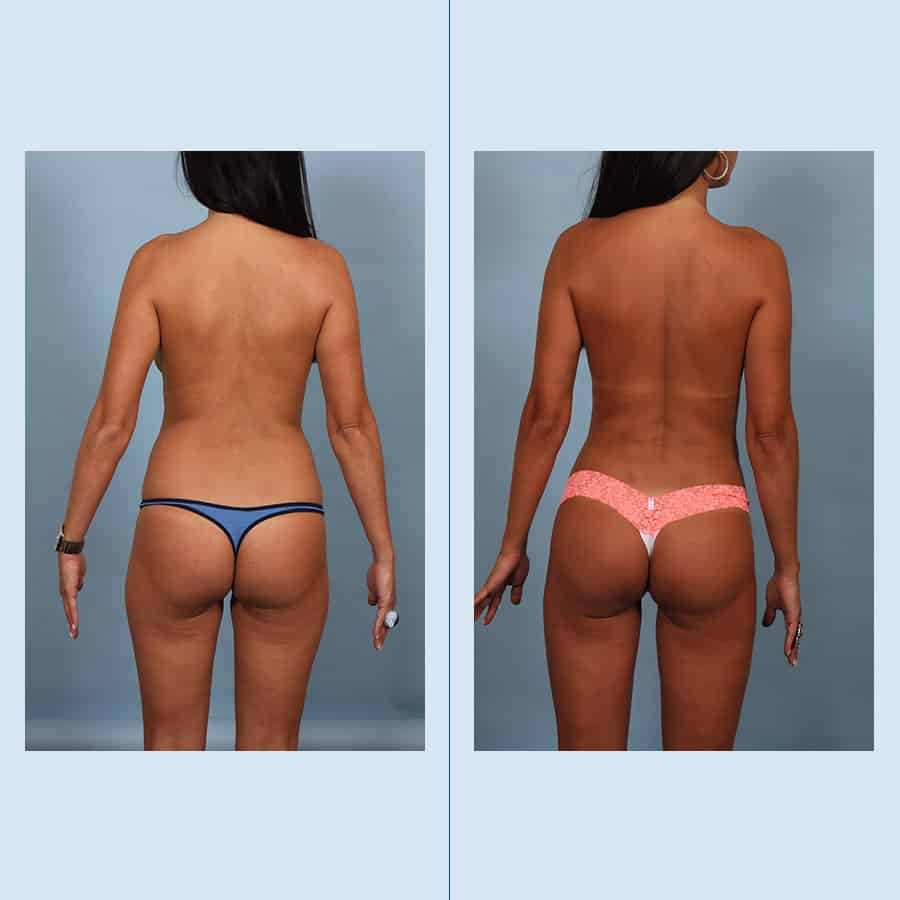 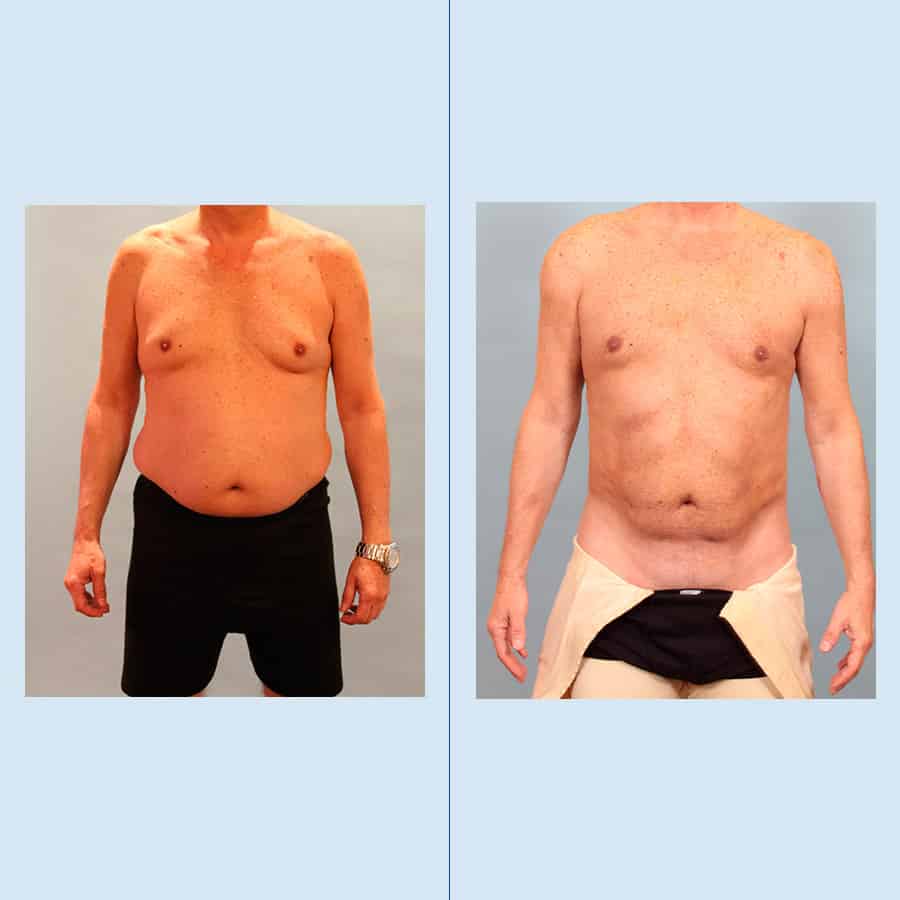 Lipo Vaser stands out for its ability to differentiate the targeted fat from other important tissues, such as nerves, blood vessels and connective tissue. The innovative Vaser technology separates fat while preserving the rest of the important tissues, which results in fewer bruises and less blood loss, by achieving a faster recovery.
• Better retraction and adaptation of the skin to the new body contour after fat removal.
• Faster recovery with less postoperative discomfort.
• Selective extraction of unwanted fat while preserving other important tissues.
• Sculpts the body and removes localized fat from any area.
• Versatile technique in different areas to get a high-definition body contouring.
• Less intra-operative blood loss and less bruising than conventional liposuction.
• Immediate fat harvesting and its later reuse to reshape the body contour; preserve the viability of fat cells, which have a survival rate of 80%.

After 24 hours you will see a quite close image of the definitive result.

The results last over time, which means to have a more harmonious and better defined body contour due to the loss of fat accumulation in certain areas; and its reuse to reshape other ones.