Depressions in the chondrosternal region, typically known as funnel chest or Pectus Excavatum, is one of the most common congenital abnormalities of the anterior thorax wall. It occurs in between 1 in 700 and 1 in 1,000 newborns, mostly affecting boys to a ratio of 3:1 and Caucasians. Pectus Excavatum consists of an abnormal depression of the sternum, produced by posterior angulation of the breastbone, which results in a concavity of varying depth in the anterior thorax wall from the third to the eight rib. In extreme cases, the sternum can practically come into contact with the spine.

This generally increases progressively with the growth of the child until adolescence. Spontaneous regression is very unlikely.

It does not cause functional disorders in the majority of those affected. However, on the other hand, we have observed that in all cases there is an aesthetic deformity, which has severe psychological repercussions.

Pectus Excavatum has always required surgical correction and various techniques have been developed over time, which we can classify into two groups: 1) those that modify the anatomy of the ribs and sternum and 2) those that stop at concealing the defect using fillers.

A vacuum extractor system, which was developed by L. Bento, currently exists, which is applied to the chest deformity over time to try to avoid surgery, especially in children.

All surgical procedures from the first group have provided good outcomes when the indications and technique have been correct, but they all imply a high level of risk and have resulted in serious complications, which range from long-term postoperative pain, pneumothorax, pericardial perforation and bar displacement in the case of the Nuss technique.

In cases in which there is no short-term or long-term risk of cardiorespiratory function being compromised due to the defect and in which the deformity is therefore limited to an aesthetic defect, we will opt for a filler technique, which consists of implanting a tailored-made silicone prosthesis, due to its ease and extremely low risk of morbidity.

Following a complete cardiorespiratory examination, through which we rule out the existence of cardiorespiratory problems, we proceed to take a mould of the chest depression using a two-component silicone putty, which solidifies quickly at room temperature after mixing. Once hardened, this mould is sent to the production facility where it is used to make a solid silicone prosthesis to medical quality.

We create a preperitoneal cavity in the region of the defect. We insert an expander and undertake an intraoperative subdimensional expansion, which we will sustain for approximately 15 minutes. This expansion facilitates the complete dissection of the skin pocket and creates a certain marked relaxation of the skin in an area where this is generally very closely attached and inflexible, which enables us to insert and position the prosthesis. The prosthesis is made from a material that can be easily tweaked. We insert an elastic vest used in pressotherapy. No other care or immobilisation is required.

All the patients treated using this method have obtained excellent results. It is particularly worthwhile to observe the patients´ levels of satisfaction, which have been much higher than our own expectations. Both the patients and their families have reported a huge improvement in their mindset and self-esteem. 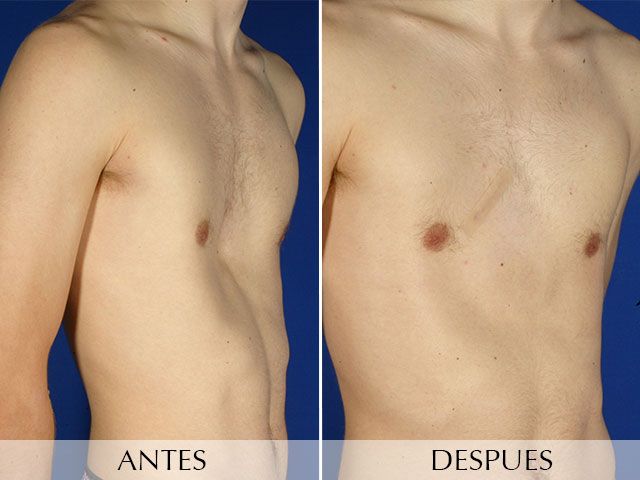 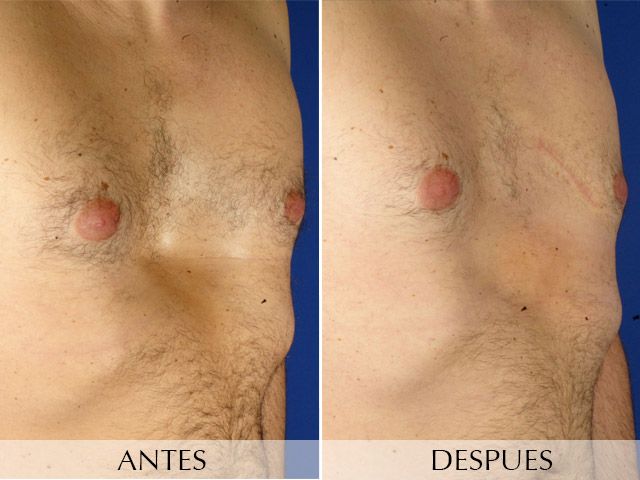 As is the case with all surgeries, the preliminary medical examination is essential for identifying any anatomy that could possibly contraindicate the operation.

During the initial consultation, the specialist will advise you on all the existing options for solving your problem, will carefully assess your state of health and will listen to your expectations.

The postoperative recovery is not painful and patients have always been discharged the following day without the need for any drainage devices, just the pressotherapy vest, which we recommend the patient wears for around three weeks.

All the patients treated using this method have obtained excellent results. It is particularly worthwhile to observe the patients´ levels of satisfaction, which have been much higher than our own expectations. Both the patients and their families have reported a huge improvement in their mindset and self-esteem.

Is it possible to operate in all cases of Pectus Excavatum?

No, the specialist must carry out a personalised examination of each patient in order to complete an accurate assessment and therefore say whether it is possible and appropriate to carry out the surgery to correct Pectus Excavatum.

At what age can a patient undergo Pectus Excavatum surgery?

Patients can undergo the surgery once they have reached adulthood, that is to say 18 years old, as long as the surgeon considers it appropriate.

Are the results long-lasting?

Yes, the long-term results are good and permanent.

How long does it take to return to social activities and work following the surgery?

The patient can return to their normal life approximately one month after the surgery, always under the specialist´s supervision.